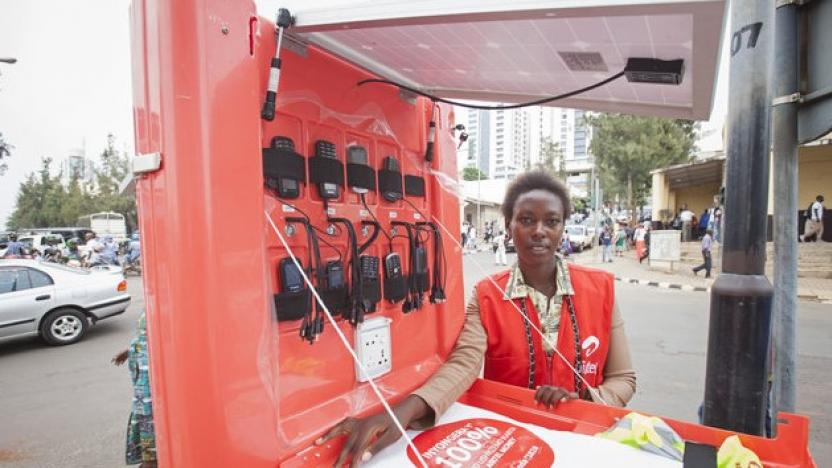 ARED, the Rwanda based Platform is a service start-up known for its ‘Smart Business in a Box’ solar powered kiosks, has announced that it has set up 10 such kiosks with 10 women micro franchisees; thereby marking its expansion into its first international market, Uganda. It has now set its sights on West African countries by piloting its Solar Kiosks in Ivory Coast.

The solar kiosks known as the ‘Shiriki Hubs’ are run by women and differently abled individuals on a micro-franchisee model. These have been set up in Kampala as well as in the refugee camps of Arua district, through which citizens belonging to lower income groups can charge their mobile devices, buy air-time and WiFi connectivity for accessing the internet, make digital payments, besides availing a host of other intranet services offline.

This expansion into Uganda was funded by US-based impact investor Gray Matters Capital under its gender lens sector agnostic portfolio – coLABS. The Rwanda based start-up achieved its funding mandate by the impact investor in under two years. It is aiming to have 100 micro franchisees serving around 3000 customers, everyday, by 2020.

With its funding mandate met after piloting in Uganda for a little more than a year, and achieving impact with 48 kiosks is Rwanda – of which 41 are run by women and 2 by people with disabilities; ARED is now aiming to have 100 micro franchisees serving around 3000 customers a month by 2020 with this market expansion.

The start-up presently provides digital services and meets the connectivity needs of 55,000 customers in Rwanda and Uganda, using its solar powered kiosks.

Giving insights into his company’s development strategy for Uganda, Henri Nyakarundi, Founder and CEO, ARED Group said, “We will work with partners whom we call as area developers who will franchise our model in the different areas of Uganda. Our focus is on NGOs and private sector enterprises whom we’d like to be roped in. They will buy the hardware – the kiosk; train micro franchisees and use our licensed software. ARED will of course support them along the way.”

Apart from leasing the kiosks via the franchise model, ARED is also planning to partner telecom service providers in Uganda to build distribution channels at the community level.

Commenting on ARED’s success, Jennifer Soltis, Portfolio Manager, coLABS, Gray Matters Capital said, “ARED has revolutionized the way digital services and connectivity is being distributed in low income areas, and we are happy to have played our part in its success so far. Henri’s entrepreneurial zeal coupled with passion for social impact by empowering women and the differently abled through a profitable micro-franchise model that pays a commission for every service sold is remarkable.”

While the rationale behind entering Uganda was the similarity of culture and proximity to Rwanda, ARED will be embarking on a far more challenging journey next year.

“We will be looking to target countries in Western Africa next year. While the cultural ethos may differ, what remains common pan-Africa is the unreliability of power supply. It is this adversity that we’d like to convert into an opportunity,” said Nyakarundi, announcing that ARED has begun working on a pilot in Ivory Coast.

Founded in 2013, ARED is a Platform as a Service company based in Rwanda with operations in Uganda. It has developed a ‘Smart Business in a Box’ solar kiosk, app and software platform that empowers mostly women and people with disabilities using a micro franchise business model. It offers key services on the kiosk such as internet WIFI, intranet solutions for offline users, and phone charging services to be the first one stop shop solar kiosk in the African continent. With its app, additional services such as airtime, mobile money, prepaid electricity, and tax payment services are offered to create a one-stop shop for its customers.