Empower women to help save Africa from climate change 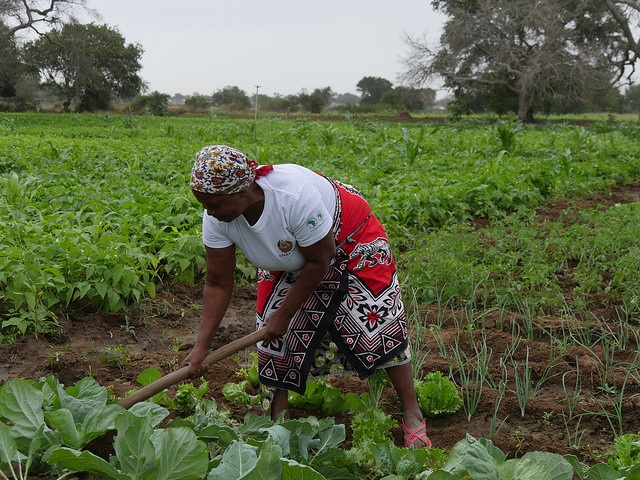 Africa must unlock the power of its women and girls if it is to adapt to climate change, cope with disasters and build its green energy sector. That was the message from African delegates as the world prepared to implement the Paris Agreement on climate change in Katowice, Poland, last month.

Research shows that when women are involved in decision making, agreements on the environment are more likely to be ratified and projects around natural resources, such as water, are more likely to succeed.
If given access to education and finance, African women can contribute to finding technological solutions and driving the continent’s renewable energy industry too.

Unlocking investment in African women holds incredible return and transformational impact potential. Women form the backbone of African economies, accounting for a majority of small- and medium-sized businesses and dominating the agriculture sector as primary producers and food processors.

COP24 is the 24th conference of the Parties to the United Nations Framework Convention on Climate Change (UNFCCC). This year countries are preparing to implement the Paris Agreement, which aims to limit the world’s global warming to no more than 2C.

“When you empower women in the context of climate change you empower a family, a community and a country,” said Dana Elhassan, senior gender expert at the African Development Bank, which allocates international funds to development projects.

“You cannot solve a problem with half the team. A lot of the unpaid work that women do, such as collecting firewood and water, and caring for the family, are massively affected by climate change – so we have to make sure adaptation initiatives address their needs, vulnerabilities and potential.”

Women as agents of change

Studies show that when women are part of decision making, ratification of multilateral agreements on the environment are more likely, added Mafalda Duarte, head of the $8.3 billion Climate Investment Fund, one of the largest climate financing instruments in the world.

There is also strong evidence that women play a vital role in dealing with disasters by mobilising communities – something that will become increasingly important as climate change advances, she says.
“Discourse is quite tilted to considering women as victims of climate change – but we are agents of change and if we are perceived as such this will make a big difference,” said Duarte. “Our empowerment represents greatly under-utilised opportunities to build our economies and tackle climate change.”

When women are empowered – given access to finance, assets and decision making – there are big impacts across sectors. “Renewable energy is traditionally seen as a male sector but if you are deliberate in giving access to women, they become entrepreneurs and help us push forward that agenda,” she said.

When women are empowered equally to men, there is a massive leap forward in economic gains: a recent McKinsey study found that if women were participating economically as much as men, they would be adding 28 trillion dollars to global GDP by 2025.

In Africa, lack of access to finance has resulted in an estimated $42 billion financing gap for women entrepreneurs across business value chains.

Yet unlocking African women’s ingenuity and giving them access to finance could generate technological advancements that help deal with climate change, believes the African Development Bank.

As mobile phone technology has proven, Africa is capable of leapfrogging into an era of digitisation, which minimises risks and cuts costs of doing business.

African women are already competing in this digital workspace at: Mfarm, AppsTech, JuaKali, Nandimobile, Hehe Ltd, Obami and DotNxt, which are only a few of the women-led tech startups in Africa listed by Forbes.

“If we women are given the right platforms, we will achieve the change we wish to see in the world,” said Duarte.